11 years ago by Alison May • 5 min read
It started, as these things are prone, quite innocuously. While in the midst of decorating the bathroom, I arranged a few green books and placed Bert and Ethel beside them, then went off to do puttery things with a little pile of jasmin scented soap, before recoiling in absolute horror when I noticed a grey hair in my EYEBROW and turning my attention to plucking the little blighter out while shouting hello to Richard who had just arrived and would react in what can only be described as glee were he the one to spot said eyebrow. 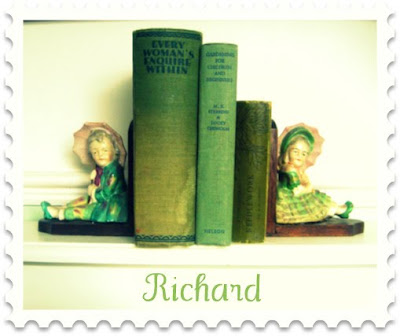 The next morning I got up to find that Ethel and Bert had been busy in the night re-arranging the books, while further investigation revealed that to Finley’s disgust, it was a certain Mr Richard, (who prefers things to be orderely and cannot fathom my topsy-turvy way of life) who had seen fit to dabble with things he shouldn’t and as such willy-nilly interference could not be tolerated Finley would have no choice but to apply his six year old interior design skills and  inflict new order on my little ceramic book-end peoples way of life. 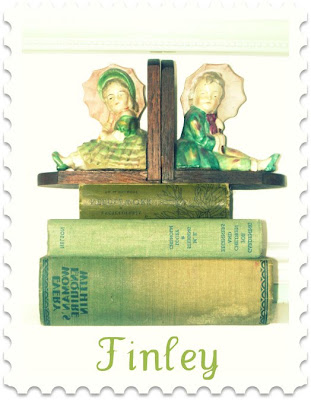 And so I found myself staring at this darling little configuration while performing my morning absolutions and simultaneously worrying that this was a sympton of my son’s discontent at sharing a little bit of his Mummie’s life with another man.
Because, you know, these things require worrying about. You can’t just go gung-ho and install a giant of a man where once there was a Daddy-shaped hole. You have to tread carefully. You have to  quiz and interview said man and make sure he is worthy of your little treasures adoration. You have to watch them carefully together for signs of intolerance on either part and lose sleep at night worrying how the patchwork quilt that is splintered family life can be stitched together to include a whole new person. Seven months on you have to quietly make sure that this new person neither spends every minute of every day stealing kisses from you behind your son’s back, nor stays away long enough to allow said son to entertain the notion that large man doesn’t matter an awful lot to precious Mummy, when man in question is very much loved indeed. 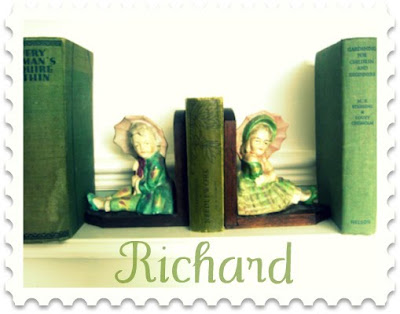 Three days later, while drilling holes from which to hang the new bathroom cabinet, Richard, in what I can only describe as an act of utter rebellion, inflicted this, quite dreadful arrangement on our poor fragile souls and when Finley went to the bathroom at five o’clock the next morning I heard his shuffles of giggly outrage and thus began another round in a territory war that probably only exists in my own mind.
Because Richard and Finn are friends. They play table football together and discuss Spiderman with the kind of enthusiasm I couldn’t rustle up in a month of Sundays. It is his hand Finley looks for when we go out together, him he sprawls across when we watch television together, if only so he can peer at him close enough to confirm that Richard’s nose is too small and his head too big while announcing to anyone that will listen  that in a certain light his glasses give him a look of Gok Wan without the earring or Chinese heritage.
But still his loyalties are divided. All of a sudden he is questioning why Daddy doesn’t live in this house. Sobbing when Mark goes home. Asking to ring him at strange hours in the night. Though the relationship between Mark and Richard and I is amiable enough to tolerate an hour spent altogether while Mark teaches Finley to play chess and Richard and I discuss our day, and I am careful to make the other a natural part of the conversation when either Mark or Richard is not present so Finley does not imagine that any sense of competition exists between them. 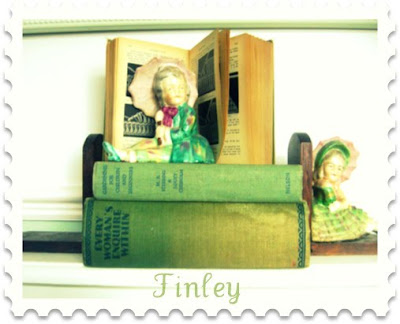 Yet, regardless, children will find a way to quietly protest. To kick out when they imagine the natural order of what should be is threatened. To try to manipulate the harassed minds of a Mummy already racked with guilt for failing to hold her family together, and consequently, almost four years later, having no choice but to try and grasp a little bit of  grown-up happiness with someone who has her waking up daily with a smile pinned to her face at the very thought of him.
Finley isn’t a difficut child, he is an absolute darling, but childrens worlds are simple, so though he exists in the muddy water that is parental seperation, for a perceptive child it must be terribly difficult to navigate a school enviroment in which almost all the local Mummies and Daddies live together and great big boyfriends of the sort who fiddle with your Mummies books are almost unheard of!
He doesn’t resent Richard, he looks up to him and enjoys the time we spent together. He just doesn’t understand why we need him. Doesn’t really understand what he is for, though Richard for his part is quietly patient, careful never to inflict his will upon my child, nor tread upon his tiny toes. Respectful, exceedingly kind and quietly honoured to be invited into the crazy hub of our haphazard hearts. 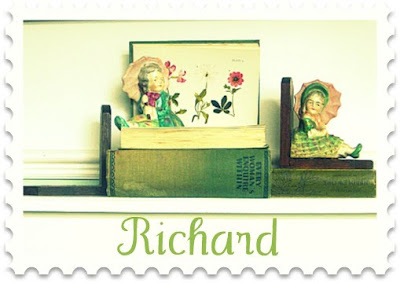 And so I am letting this quiet war rage on. It is for all intents and purposes a game neither of them are winning. The first in a series of battles? A game that makes them giggle. A game I have to try not to referee because they are merely muddling out a relationship between them, even when I am all but desperate to arrange Ethel and Bert in a way that suits me and has nothing to do with either of them!
Perhaps I should make it clear to all concerned that when it comes to re-arranging the household trinkets, it’s my way or the highway?
The link has been copied!

Hurtful Stories of the House-Proud