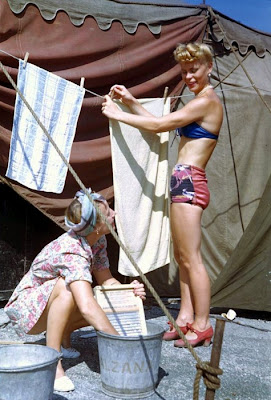 I’d like to explain away my absence by telling you that I took myself off to a far off field, erected a flower sprinkled tent and spent a fortnight at one with nature. But that would be a lie and no-one likes a liar.

Instead these two weeks passed in a haze of sickness and sun. And thunder and pale pink roses and Percy Pigs. And Mariana by Monica Dickens and reading for the Playground Mommies Bookclub and Sportsday and a really rather fabulous Summer Fete complete with tombola and seaside donkeys. (Donkeys make my day). There has been a devastatingly awful Red Leicester quiche presented to someone I wanted to impress, the replaying of this song maybe a hundred times a day, not enough laundry and a whole lot of mourning for my beloved twinkly green car. There has been flesh coloured gladiator sandals and toes painted the colour of Summer pudding. A new found craze for Gossip Girl I am embarrased to admit to, plans for Summer staycations, chocolate limes by the dozen, sheets sprayed with lavender mint water, and nights stuffed full of chaotic, exhausting, and once ever so slightly raunchy, dreams. But there has been no camping. Do you hear me? THERE HAS BEEN NO CAMPING.

Camping, or rather the lack of it, is causing lapses in my dignity. I haven’t been you see. Not ever. Not once in thirty seven years. We weren’t a camping family. My Mum thought she was slumming it when we owned an eight berth caravan complete with shower room and microwave. And then I grew up and the need to camp was lost in a haze of babies and businesses and dubious 18 to 30 style soirees around the Blackpoolian equivalents of the continent, and the very idea struck Mark as downright ludicrous so it was set aside in favour of pretty bed and breakfasts in the Lakes, and all was well and good but it wasn’t kisses under the stars, and makeshift hummous in a tin can and falling asleep to the music of the crickets now was it? No it blooming well wasn’t. (Is blooming a swear word?)

And so I have taken to begging people I know and random passing strangers to take me camping. I even wrote it in my now defunct internet dating profile. (Wanted: man who will teach me how to ride a bike and take me camping) and during the last Mummy Bookclub I made a DOWNRIGHT show of myself by almost getting down on my hands and knees and setting aside the business of the evening (discussing Water For Elephants), begged the camping Mummies of the district to strap Finn and I to their roof racks and take us with them. And they laughed and they made all the right noises and then they WENT WITHOUT US!

Hmmmm. See the thing is this: In my head camping…actually let’s call it glamping, is a gloriously pretty, Brocante like melee of fairylights and floral flasks. It is all about spotty wellies and sausages and camp fires and vintage quilts and moroccan lanterns and marshmallows and maybe even a sheepskin rug or two. There is no room in this decadent dream for squatting in forest clearings, baked beans and kids who won’t go to sleep because there is a family of earwigs in their sleeping bag.

And there’s the rub. And probably the reason why people laugh out loud and Diane nearly gives herself a coronary giggling everytime I mention it. People seem to be of the notion that Alison+Camping=Cause For Much Hilarity. Certainly the men of the internet didn’t take me seriously and offerered mini breaks in Paris instead (Paris?? Pah!) and current 6 foot 4 beau is studiously ignoring the very idea of it. It is a scandal. There is more to me than false nails and fairy lights! I could camp. I could rub sticks together and cause a fire. I could happily sit inside an ugly tent and listen to the rain battering the canvas with only a Dorothy Parker anthology to keep me company. I could bathe in a stream in a frilly Victorian nightie and drink peppermint tea from a tin mug. I could assemble a glorious cheesecake from a packet of digestives and a tub of Philadelphia and waltz my way around a muddy field. I could, I could, I could.

And I will. Mark my words, the universe is conspiring to take me camping. A long lost friend re-discovered via the medium that is Facebook (all hail thee Facebook!), she with whom I shared my first experience of a campsite (though we were caravanning) as a seven year old now runs a rather fabulous blog in honour of all things camp (no, thats not right is it?) with her husband. And: and, I tell you, another friend has set up a real camping site in her rather large back garden and me and the tent I haven’t got could go camp there anytime we wanted.

Heck we could walk there in ten minutes. And nip inside her house to use the loo.

Who said Alison May wouldn’t make a happy camper?