Oh December, you really have been the most obstructive of Mistresses! Between the engine going kaput in the car, the miserable black fingers of rising damp crawling through the living room walls, the drama of insisting a reluctant sixteen year old revise for mock GCSE exams unhelpfully stuffed into no time at all just before Christmas, the most preposterous of mean-spirited arguments with a woman who will not re-consider her more greedy and outlandish demands, and finally the unwelcome visitor that is the kind of real feverish, delirious flu that has consumed the whole household, this is a month that has truly been sent to try us. A festive horribilis of sorts!

For it is Christmas! And despite my protestations that this year I am simply not ready, apparently she is going to happen anyway and will not even consider my application for a delay in proceedings. (Rude).

So I sat and stared dear Christmas in the face and she stared right back at me, hard as nails, and said that she was coming in three days regardless of whether or not I had packed the boys Christmas Eve boxes (new pyjama’s, a book each, elf face masks for teenage spots because I’m thoughtful like that (!), chocolate oranges, etc, etc,) recovered from the drama of having a damp course completed by my very own Father the week before the holiday while the entire house was contaminated with flu germs and Ste was mildly off his head with it, bought everything I wanted to gift those I love with, picked up the giant chickens we are having instead of turkey (because the men of this house are fussy, #truestory), met all and sundry for present-swapping far removed from the lurgy lingering in my living room, paid a stupidly expensive car repair bill and kept myself dosed up the eyeballs in the process.

Yup. She’s coming ready or not and in sheer fright I LOST MY MIND.

My dear, smelly, tall, chatty son came home and said that Cassian, whoever he may be, had diagnosed him with a large lump in his throat and as he had also lost his voice, said other sixteen year old friend was recommending a visit to the doctor posthaste, and I felt Finn’s neck and yes indeedy there was definitely a lump, and I consulted Dr. Google and he said get thee to the Walk-In Clinic NOW and so I did. I shoved him in the broken car and we sat for three hours debating the merits and drama of the General Election, and eventually a tired looking, terribly handsome doctor called Finns name, and in we went and he felt Finn’s neck and said yes, he could feel a lump, because my boy, like everyone else’s has got an ADAM’S APPLE.

Oh yes. In my not quite thinking straight, slightly hysterical state I took my child to hospital and had him diagnosed with an Adam’s Apple. I. people, am the reason why the dear old NHS is on its knees. I, people, am ashamed.

So I apologised profusely, then took my mortified son home and wrapped eleventy-ten presents in penance and got it into my (soft) head that I was failing everyone from you, to the people over the road who have apparently done a midnight flit, (and are clearly nothing to do with me) and to my Dad who was witnessing my festive chaos and helpfully sealing the bath, so it didn’t come through the mysterious dark patch on the dining room ceiling and boarding up the window in the laundry room broken by some ever so insistent English Ivy. To Mark who frequently phones me in quite the kindest of fashions to verbally shake his head at my failings and to Ste who seemed to be dying quietly in the corner with a temperature so high I could have baked the Christmas cake I HAVEN’T GOT ROUND TO STIRRING on his forehead.

Blooming heck. I’m supposed to be setting an example and so my Darlings the lesson is this: IT DOESN’T MATTER. None of it matters. This apparently is the year we are having an imperfect Christmas. Perfectly perfect, except when she’s not. An imperfect Christmas, we must decide to love regardless.

And so having dragged to my very unwilling teenagers out of bed this morning, to say goodbye and wish a terribly happy Christmas to my gorgeous handyman Dad who was headed homeward bound all over again, (at a very silly, very dark hour), I lay back down to un-stuff my nose and clear my head and have a stiff word with myself, and would have knocked backed a Baileys or two were it not such a deeply un-sociable hour, and made lists in my brain, and finally told myself TO GET A GRIP. This Christmas there would, on the day, be just Ste, Finn and I, and they wouldn’t care if I attended Christmas dinner in my jim-jams and served it on a tray on their knees. Though I have of course made sure that there is food to collect from both the lovely organic farm down the road and Marks and Spencer’s on Christmas Eve, they probably wouldn’t mind if I fed them tuna pasta, as long as I danced a Christmas Polka on demand, watched Gavin and Stacey on Christmas night and got a bit giddy on a happy combo of Lemsip and Bucks Fizz, so they could take delight in laughing at me because laughing at me is their favourite pastime!

For isn’t it true that Father Christmas has made sure that the boys have got presents-a-plenty and their Christmas duvets are pressed and ready to be popped on to their beds tomorrow night? Isn’t the tree wrapped in dotty blue ribbon looking lovelier than ever, and the real fir wreath on the front door, though already falling apart, a bit of festive happy every time I return home not to mention a great disguise for the cross of black influenza death already scrawled there?

Christmas is coming and the Capons are apparently already fat. We may be dying upwards but I for one am glad that we have made it through another year, and as I sit here, with Ste barking like a seal, Stevie watching rugby and Finley croaking his way through his usual, endless. lovely monologue, I couldn’t be happier. Tonight we will eat a simple supper of Welsh Rarebit and snuggle up to watch something terribly un-festive, sharing a tin of Christmas sweets, and screeching at Finn to be quiet every five minutes, safe in the knowledge that despite talking our aching legs off, he is a boy in possession of an Adam’s Apple.

Happy Holidays Housekeepers. May all your son’s have Adam’s Apples and all your Christmas’s be perfectly perfect (except when they’re not) too. 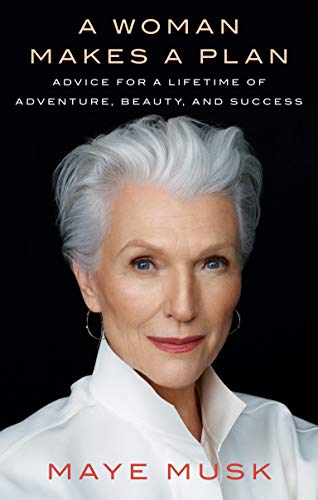